NITZAKHON note: I will attempt to do a linkfest at least twice a week.  No promises are made, however, as… “life happens.”


Whenever there is a natural disaster my initial inclination is to give to The Salvation Army.  They’re fast, they have low overhead, and they get it done.  So to help them build up a war chest for the next – inevitable – natural disaster, I encourage you do to so as well.

I am also fond of the Shriner’s Hospitals;, they do such great work and often completely gratis to the patients.

I’d like to get something for our American troops.  Can anyone suggest a good one?  I’ve heard good things about Folds of Honor… can anyone verify it’s a good one?


Michelle Malkin – Homeschooling is NOT a crime


** But they’d like to make it a crime, the better to brainwash your kids.


** Quote: “It's culture (or the lack thereof), rather than poverty, that's driving our problems.  That being the case, can we stop parts of our own country becoming "s***holes" as well?  That's a good question . . .”


>> I’ve gotten to the point where I believe, 100%, that this is intentional on the part of the Left.  Such people are ready and willing footsoldiers in the planned Cloward-Piven chaos that will lead to the *cough cough* great Socialist Utopia.


2. Note the part where the Socialist Canadian healthcare ministry, which controls the anti-hookworm medication case-by-case, denied their access because their infestation “wasn’t bad enough”.


** More cojones in one package than all the pussy-hat-wearing snowflakes put together.


Spiked-Online – One year on: the lethal folly of calling Trump Hitler


** I have to say that I was, at the start, for Walker, but he got knocked out early.  Then I was a Cruz guy until Trump basically cleaned his clock.  I was dubious, but he’s turning out far, far, far better than I expected.  A plus, in my book, is that he’s making all the right enemies.


** Why did the FBI say the texts could not be recovered when, in fact, according to tech experts they can be?  Because they don’t want them found.  Pass the popcorn.  And then build gallows.  More:


** Quote: “So it would appear, James Baker and Trisha Anderson, the legal advisers at the top of the FBI leadership apparatus, were both aware the September 2nd, 2016, FOIA release was manipulated to conceal part of Hillary Clinton’s questions and answers.”


** It pains me, deeply, to say this, but… never, ever talk to the police without a lawyer.  Especially the Feds.


** You would think that someone – especially an anti-Trump fanatic like this – would have found something.  The absence of evidence is striking to people capable of rational thought, which Leftraitors are not.


** Excellent.  Not that it matters.  They're so dead-set on The Narrative that they could have a notarized letter from Putin denying it, and they'd still hold true to their Faith.


** It may seem it, but it’s actually not such a large step from burning pictures to burning people.


National Review – Get Ready for a Meat Tax Push


“Of all tyrannies, a tyranny sincerely exercised for the good of its victims may be the most oppressive. It would be better to live under robber barons than under omnipotent moral busybodies. The robber baron's cruelty may sometimes sleep, his cupidity may at some point be satiated; but those who torment us for our own good will torment us without end for they do so with the approval of their own conscience.”


FALL OF THE HOUSE OF CLINTON


** Quote: “The only female advancement/empowerment Mrs. Clinton has ever been interested in is her own.”


City Journal – The Islamization of Oslo


** Quote: “Non-Muslim boys in secondary school were leery of coming into the crosshairs of Muslim gangs—but they couldn’t be sure what to avoid doing or saying, because Muslim classmates judged their conduct according to a set of codes entirely alien to Norwegian society. As for non-Muslim girls and women, simply going outside alone—to the mall, for instance—earned them the angry stares of long-bearded Muslim men who believed that they should not leave their homes unescorted by males and with their heads uncovered. Jews had it especially tough. Gays? Forget it. In short, a place where people had once lived without fear and treated one another with respect and friendliness had become charged with tension, dread, and bigotry—not anti-Muslim bigotry, mind you, but anti-Norwegian bigotry.”


>> If you don’t shudder at this, you don’t have a survival instinct any more.


Joe the Plumber – It is Now Legal to Defecate and Urinate on Denver Sidewalks! What???


** A civilization destroying itself.


** It's not just that Peterson opposes them; it's that he does so with class, thought, and stands as an example.  People look at him and say "Gee, I'm not alone!" and the Left must-must-must isolate one Conservative from another, lest people grasp that they are not alone, that they are a significant force, and then unite.


** War on marriage and fidelity.  Which is really a war on restraint, one of the fundamental things that differentiates us from animals.


** Quote: "Being an adult means dealing with things not going your way. I read news all day, every day, that I disagree with. I have accusations thrown at me for my opinions that I find outright offensive. I don't run to get counseling because of it, for crying out loud. Actually, I might instead try to have a cordial debate."


** Thick as thieves.  This is like, from a while ago, reading the DNC operatives who were married to enemedia power-people.  You cannot – CANNOT – tell me the Left does not have a LONG GAME and a mission statement: “Take over the US entirely.”


** Quote: “Jeb, the Left will still hate you, no matter how many times you lick their boots”


>> This is the thing that absolutely astonishes me in general about the RINOs.  They’re like Charlie Brown and the football – they never, never, never learn.


** Resistance to the Left.


** Ironically, I am one of the elites.  I went to a very snooty private high school, with parents who both had Ivy League doctorates.  How’d I end up on the far right?  I dunno.


** They’re not even hiding it any more. 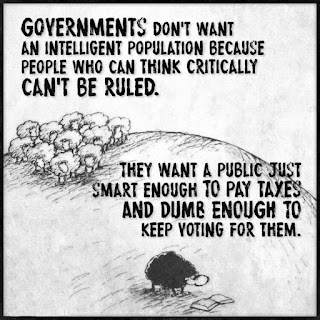 
** And is there a point to this little tale of woe?  Aiding and abetting a felon is a crime.


PJ Media – The MSM Faces the Truth About Sweden


** It’s getting so bad the enemedia can’t cover it up totally.


** Where were they?  Doing their duty as, to quote “The Great One” Mark Levin – they’re Democrats dressed up as reporters. 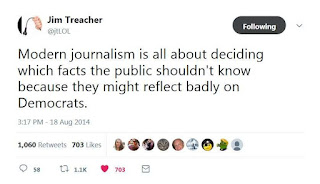 
** The problem is that they won’t admit their wrong, and too many sheeple won’t do the multiple-source browsing to vet it.  More:


Flopping Aces – The picture that could have changed everything


** Imagine, for a moment, a picture of pre-candidate Trump glad-handing, say, the infamous David Duke in a like manner.


** American Stasi.  And what's worse, the Leftraitors cheer this kind of thing even as they say they are afraid of it under Trump.


** Quote: "It goes to show how incredibly arrogant the European elites have become. They despise democracy because they despise the people. They have just one goal: to make the EU more powerful. When we the people stand in the way, we'll be shoved aside." 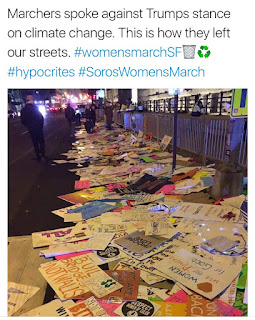 
** Quote: "Alveda King, the niece of Martin Luther King, has been a tireless voice exposing Planned Parenthood’s continued mass execution of black babies. In her current work through Civil Rights for the Unborn, Ms. King reveals that abortion is the No. 1 killer of African-Americans. She notes that “abortion mills are in predominantly black communities.” Indeed, more than 70 percent of abortion clinics are located in minority neighborhoods."


>> Planned Parenthood's founder, Margaret Sanger, was a virulent racist.  And despite this information being readily available, Leftists, including blacks, worship her.


** Just feel the love and tolerance emanating from these open-minded, enlightened people. 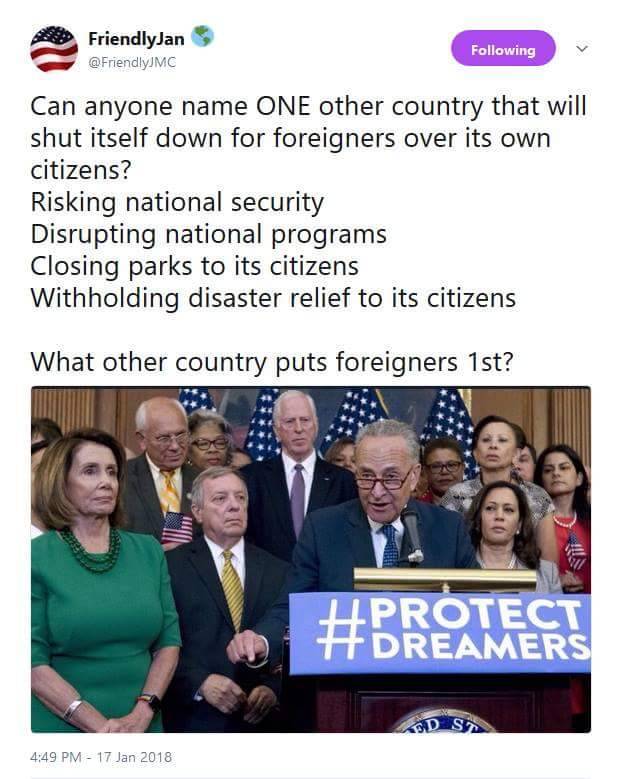 
** And they really expect people to buy this?  Really?  Somewhat related:


** This is insane.  Clean the place out, lock-stock-and-barrel.  Nobody with three brain cells believes this.