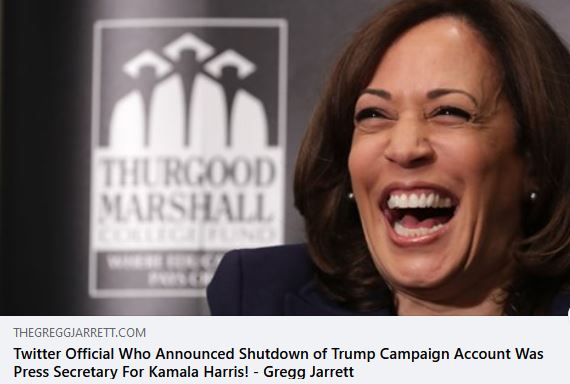 Anyone to the Right of Stalin grasps that the big tech giants are firmly in the Left’s camp – mostly young people, having been educated per this Socialist’s dictum:

So shadow banning is “no big deal” to them.  Nor are shenanigans like this (RTWT and watch the videos):

All as a part of the Left’s LONG GAME to control the information flow.

Even LinkedIn is in on it.  For example, black conservative Earl Gibson III recently was suspended for a time for – doubtless – being “uppity”.  As are other staunch conservatives, as are people vocally skeptical of the Corona crisis.

It’s gonna get worse.  As if this wasn’t bad enough (note: there's some speculation this is a fake, but I recall seeing it before - but even if this particular one turns out to not be true, there's plenty more hatred of whites to go around): 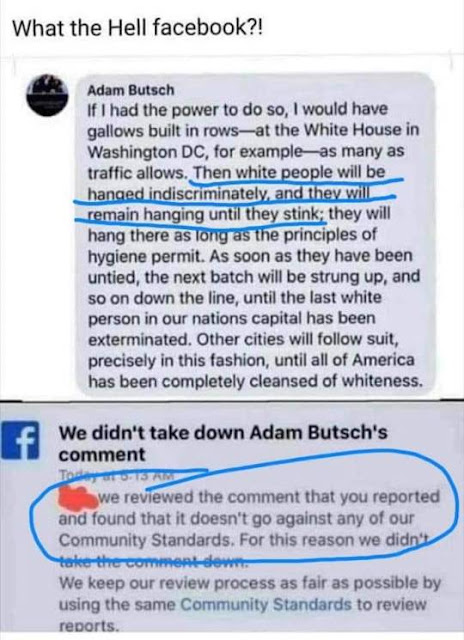 Given that a Jewish group experimented with accounts that were pro-Israel, and pro-Palestinian, often posting nearly-identical materials... but only one (guess!) having warnings... on a truthiness meter I'd suspect this was true but, once found, instantly scrubbed.  And ruthlessly denied.

Added: Given this, Social Media Companies Allow Muslims to Preach Violence, Censor Those Who Oppose Jihad and Sharia Oppression, I find the much more likely scenario being that was a genuine post that then, when called out, was disappeared.  And snopes et al doing the coverup.

I can imagine that within a month of the November elections all the “free” email providers – google, yahoo, and so on – will suddenly develop habits of emails containing wrongthink just not be delivered.  Oh, you’ll type in some friends’ email addresses with the latest links to non-approved sources and it’ll look like things were sent… but they won’t be.  Or at least not with certainty.  Twitter and facebook shadow banning will be dialed to "11".  Even DMs will become unreliable... after all, it will be gamed to look like you sent it.  (And follow-up DMs would, likewise, vanish.)

Bloggers to the Right of Stalin, like myself, will doubtless develop issues with posting.  Don’t be surprised if blogger and wordpress suddenly have platform issues.  “Temporarily”.  Suddenly resolved after the election.

Outspoken conservative LinkedIn profiles like the above will likewise be suspended en masse.  For, as my older kid says when they don’t want to tell me why on something, “Reasons”.  Particularly if they deviate from The Narrative…

[Bill Whittle on The Narrative: The origins of Political Correctness / 13:07]

or are minorities who have escaped the vote plantation: 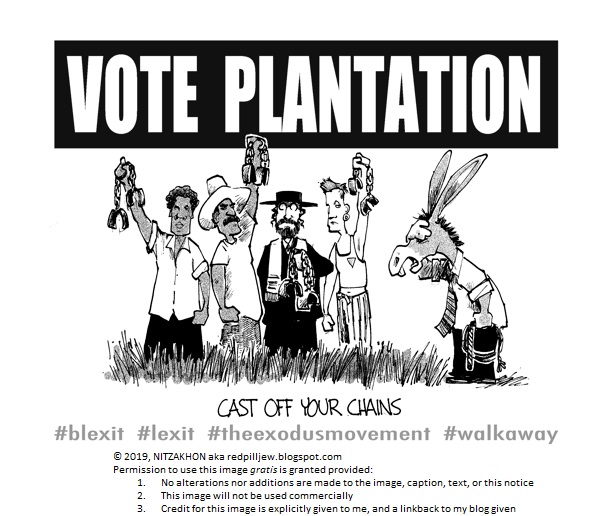 Don’t count out outright internet disruptions – wholesale – close to the election as well as the Left’s infiltration into internet providers like Comcast and Fios see silencing being enacted nationwide to keep people from sharing critical last-minute information, or coordinating voter drives.

Start getting email accounts that don’t depend on the above.  One friend’s gone to protonmail.  Another to startmail.  I’m considering a slow switch to one of  the above as my political email; I’m hampered by the list of people who know me at my current provider (not gmail or yahoo - but not terribly secure IMHO).  At least for political stuff… “just friends” and family and non-political contacts will likely stay as is.

Share these new emails with strong contacts.  Also start looking into actual mailing addresses, and get phone numbers too, for those critical contacts.

The Left knows that if they can drag Biden across the finish line, especially if they can retake the Senate, the entire game is over.  Forever.

Until the shooting starts.