A couple of years ago, driving the kids on some Dad’s-taxi-service run, my older kid asked “Daddy, when are you going to die”?

Obviously, I didn’t know that answer – it’s a philosophical exercise as to whether knowing would be a good thing or not, let alone if you knew how, you might be able to change that outcome with that foreknowledge.  Or is death’s time fated regardless of what one does, as in the short story The Appointment in Samarra? 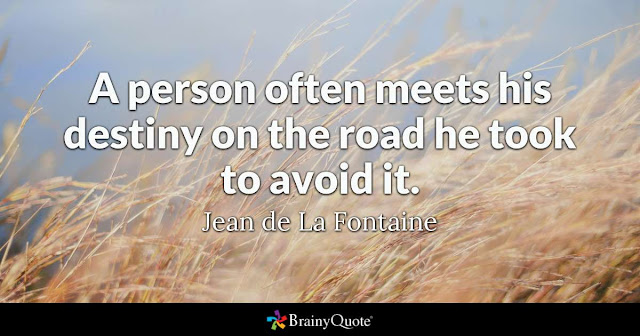 Nevertheless… recently, after dropping that same kid at a sport practice, I was driving home and looking around.  A bright & sunny fall day, I was looking at the glorious colors of the oaks, maples, and birches, etc., as they prepare to shed their leaves for the coming winter and I asked myself if, in this season’s viewing of the fiery blaze of yellows, oranges, golds, and reds, this was the last autumn I would see with mortal eyes (even before this election season I've found myself looking out at my yard, and thinking to myself "I'm going to miss this".)  For more and more often now the thought comes to mind of something that I’ve believed in the pit of my soul for decades: I am not destined to pass peacefully in my sleep, but in combat.

Combat over what?  I’m not sure.  Where, when, why?  Unknown.  Against who?  Equally unknown.  But somehow I’ve believed, fully, that my end will come locked in a physical struggle with someone else.  Perhaps that’s why the Viking death prayer – from the fictional movie The 13th Warrior – appeals to me so.

The willingness to die in combat is part of my fascination for Japanese culture and Bushido, the Way of the Warrior.  Though, as a Jew, I hope that the Shema will be my actual final words even if only voiced in my mind:

The first six words, שמע ישראך יי אלוהינו יי אחד, at the least.  Hear oh Israel, The Lord is our G-d, the Lord is One.

But is this it?  Is that day nigh?  If Trump loses America ends – as does Western Civilization; then again, I’ve believed America as I knew it over since 2012:

Certainly, in the America I knew, this should have damned Obama to a catastrophic loss in both the popular and electoral college votes.  In that moment when he won, I knew America was lost.

If Trump wins – returning to the White House, the GOP keeps the Senate and takes back the House, I fear blood will still be shed as the Left cannot abide his having won twice.  Even after calm is restored, likely by force majeure, his winning all the above will be naught but a reprieve for the final reckoning and possible divide.  Precious time, certainly, but merely a delaying of the inevitable conflict coming from the fundamental conflict of visions in this country. 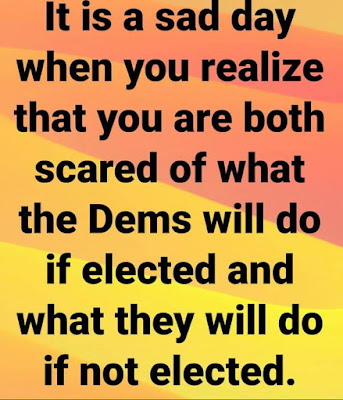 (HT This collection of memes (and memories) at Gorges)

For “something” is coming.  I wrote about it here, and others are seeing the same thing; Why Are So Many Americans Suddenly Relocating, Buying Guns, & Storing-Up Huge Quantities Of Food?

Will I have to sacrifice myself in the defense of my family, or my country, or my faith?  I fear it might be so.  If yes, may I meet my end with the Shema on my lips, with my foes preceding me into that bourn from which no man ever returns.

Lo there do I see my father

Lo there do I see my mother, and my sisters, and my brothers

Lo there do I see the warriors of Moses and Joshua

Lo do I see the men, women, and children who rushed to protect our Temple from the Romans

And the martyrs of Masada who died rather than be slaves

Lo do I see the men at Concord bridge

Standing against the greatest military power of the age

And my ancestor who crossed the Delaware with General Washington

And the fathers, husbands, brothers, and sons that held up our flag at Fort Henry

Under direct fire from the British

And so many more

They call to me

They bid me show as much courage and love of country, culture, and freedom as they had

Baruch Hashem, may it be so.